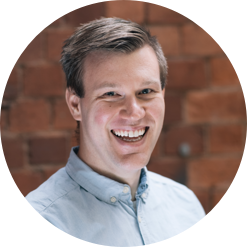 What I used to build this site

I decided to guild this site with Gatsby. I’d heard a lot about it and wanted to give it a go. It’s hosted on Netlify and the domain is with NameCheap.

I’ve been using Ruby since 2016. This has mostly been with Ruby on Rails, and I have dabbled with Sinatra.

I have been using Javascript since the early days of DHTML. More recently it has been ES6, Node.js and Express. I’ve also been using React and in particular React Native a lot to build native mobile apps and I must say; I really like it.

While I don’t write much PHP these days; it still holds a special place in my heart as my first language I ever really got to grips with. I still watch what happens in the Laravel ecosystem.

I’ve been through all the IDE’s and text editors but now that I write multiple languages I find Code to be the best at the moment. The theme I use is Night Owl. After trailing using Jet Brains Mono I’ve moved back to Fira Code. Fira Code feels a bit more friendly. You can check out my settings on my Gist profile.

This is terminal and has been for years. The design improvements in >v3.3 are cracking. I use ZSH as my shell, with Night Owl and Fira Code for the styling.

I resisted Notion for a long time. I didn’t get it. It was slow and clunky compared to other note taking apps. Also; the task management was not as slick as Todoist/Things/etc. That said after watching some YouTube videos things started to click. I’m a month or so in now and I am enjoying it. Having tasks and notes in the same place is nice.

All my mail and calendar needs are met with Spark.

Shout out to Wes Bos for the idea of this page.